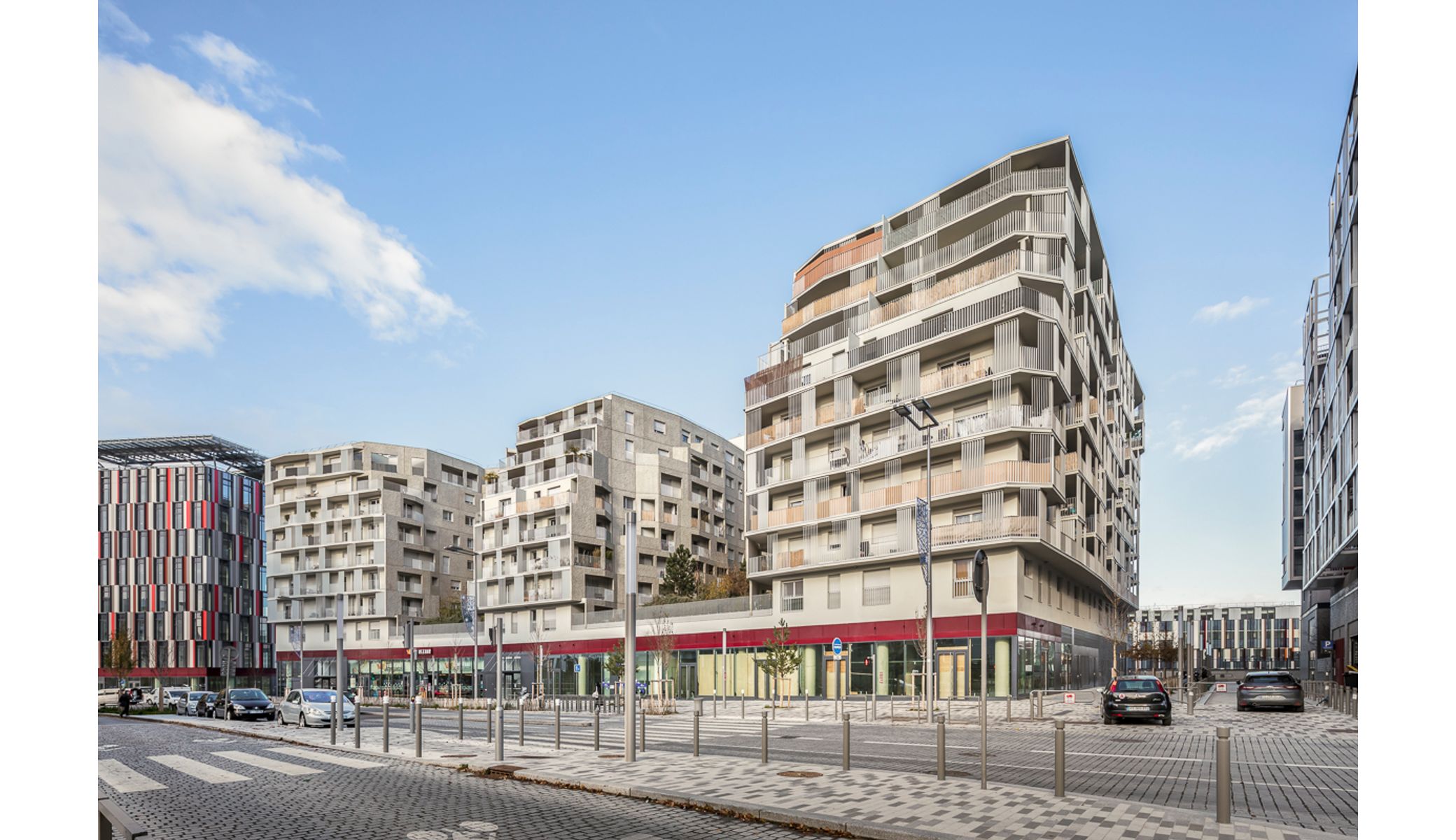 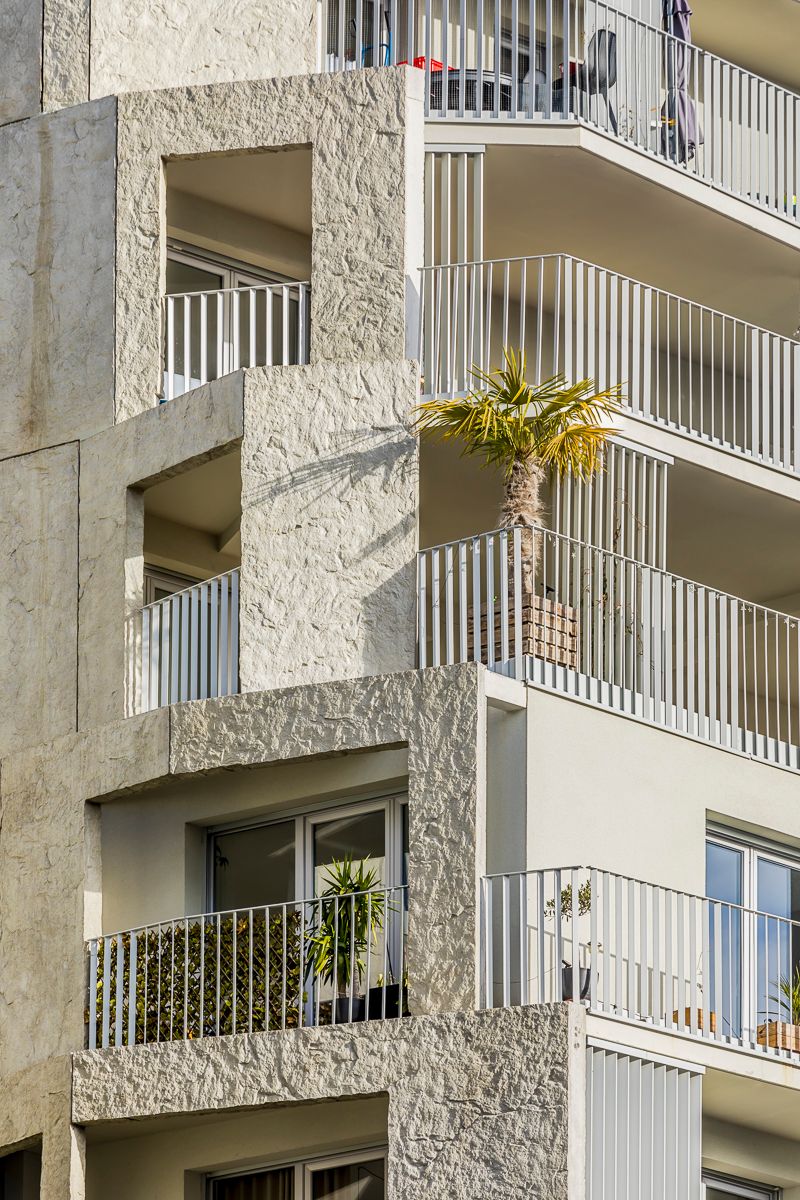 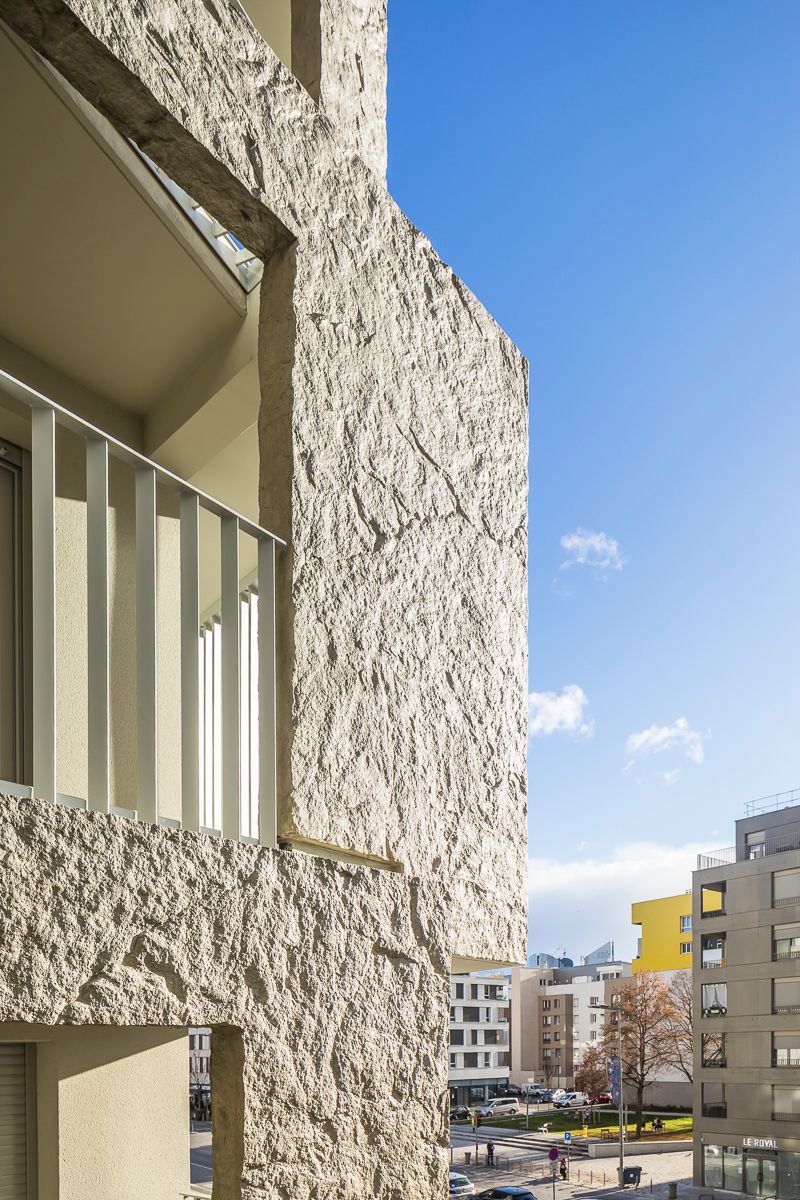 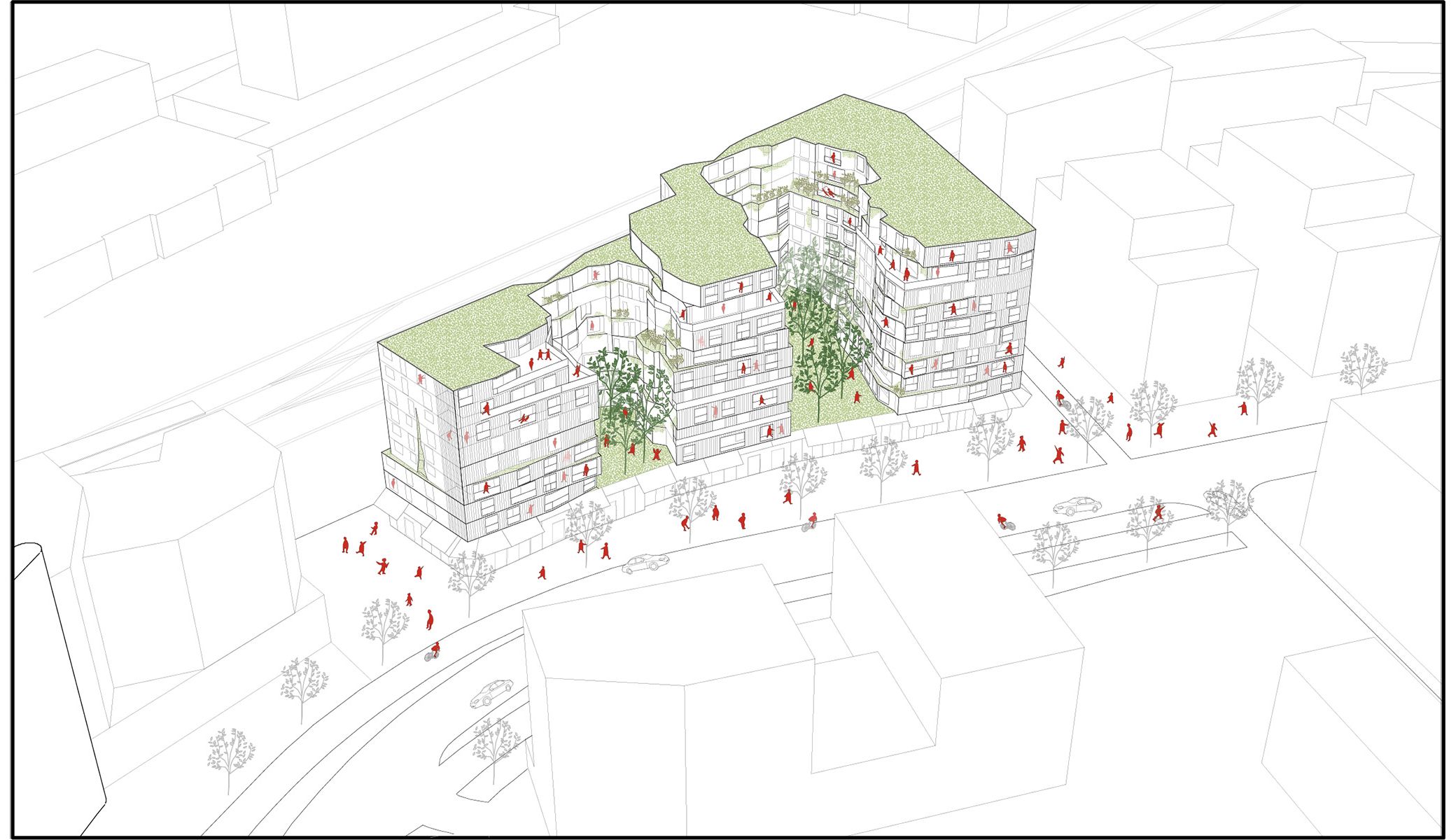 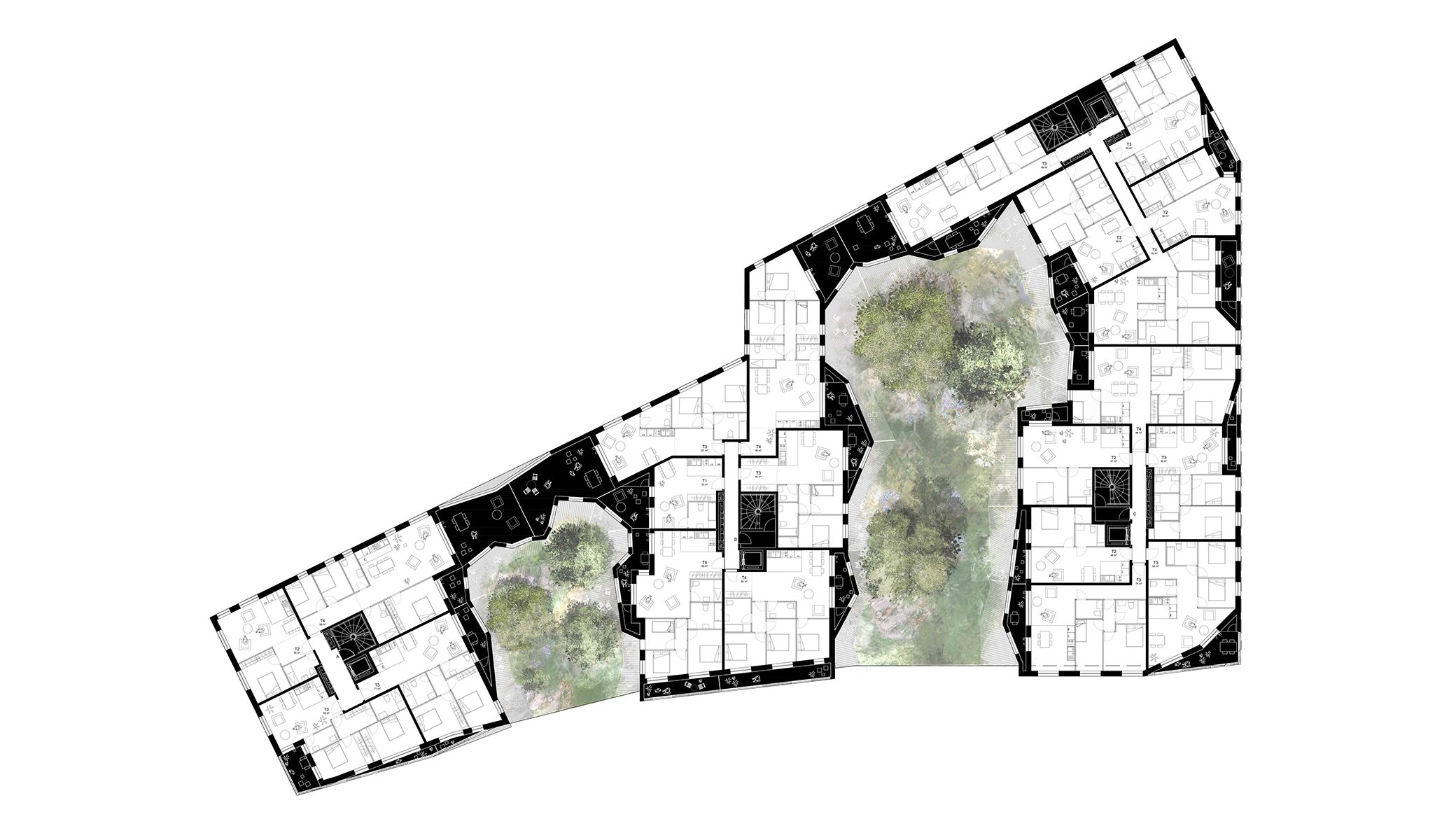 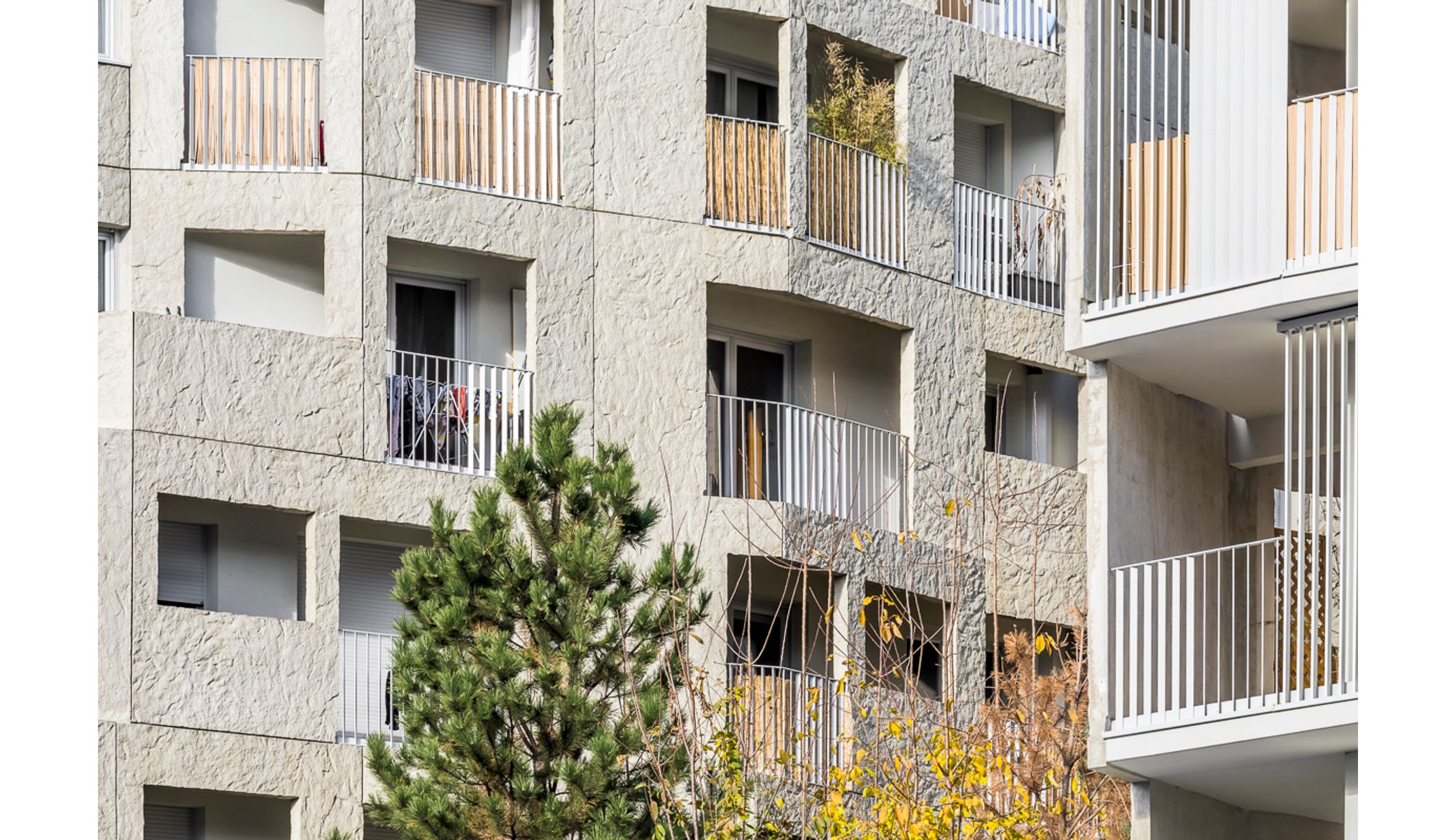 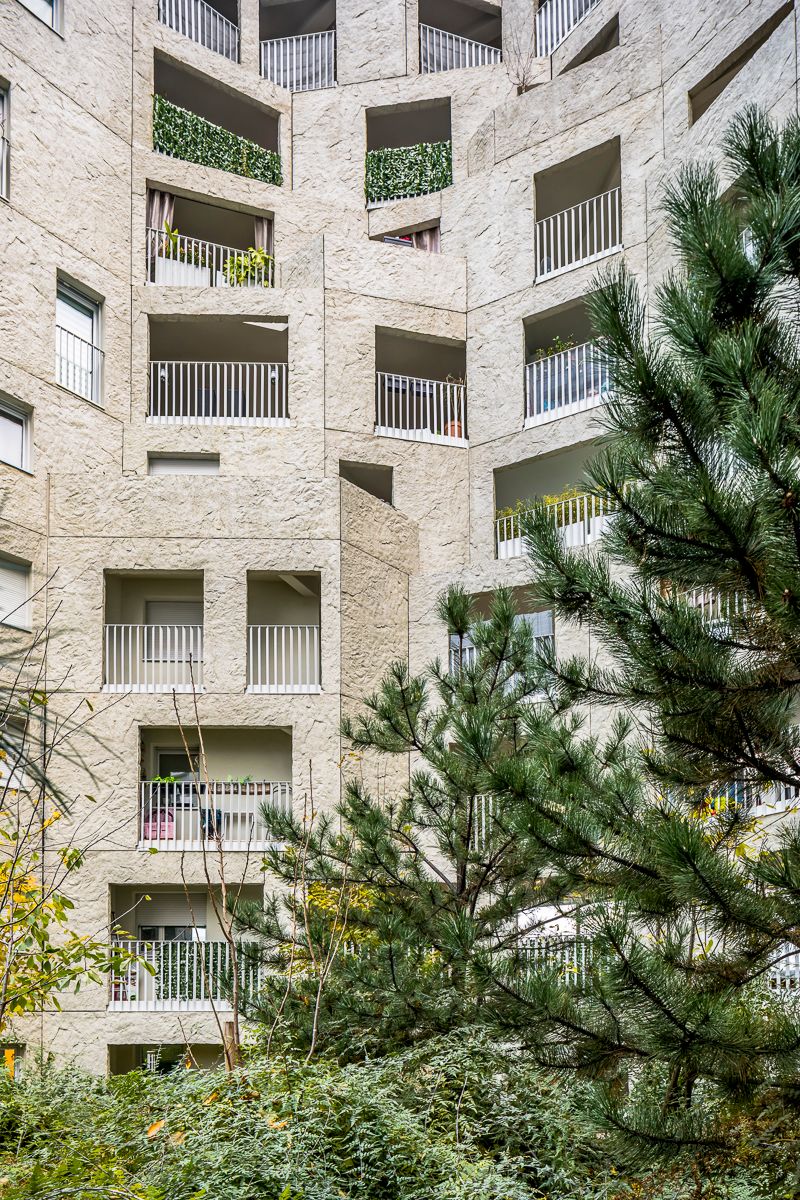 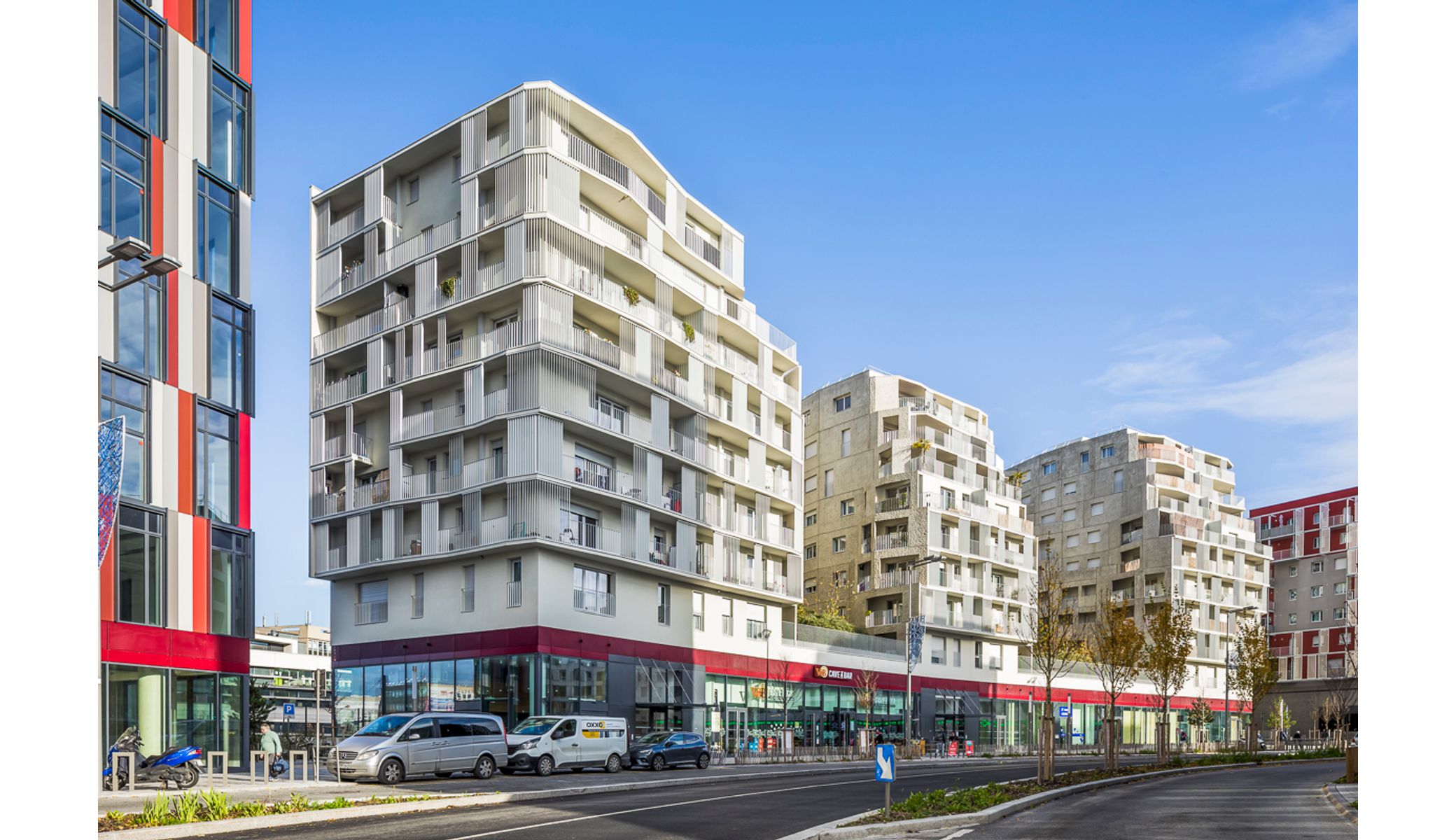 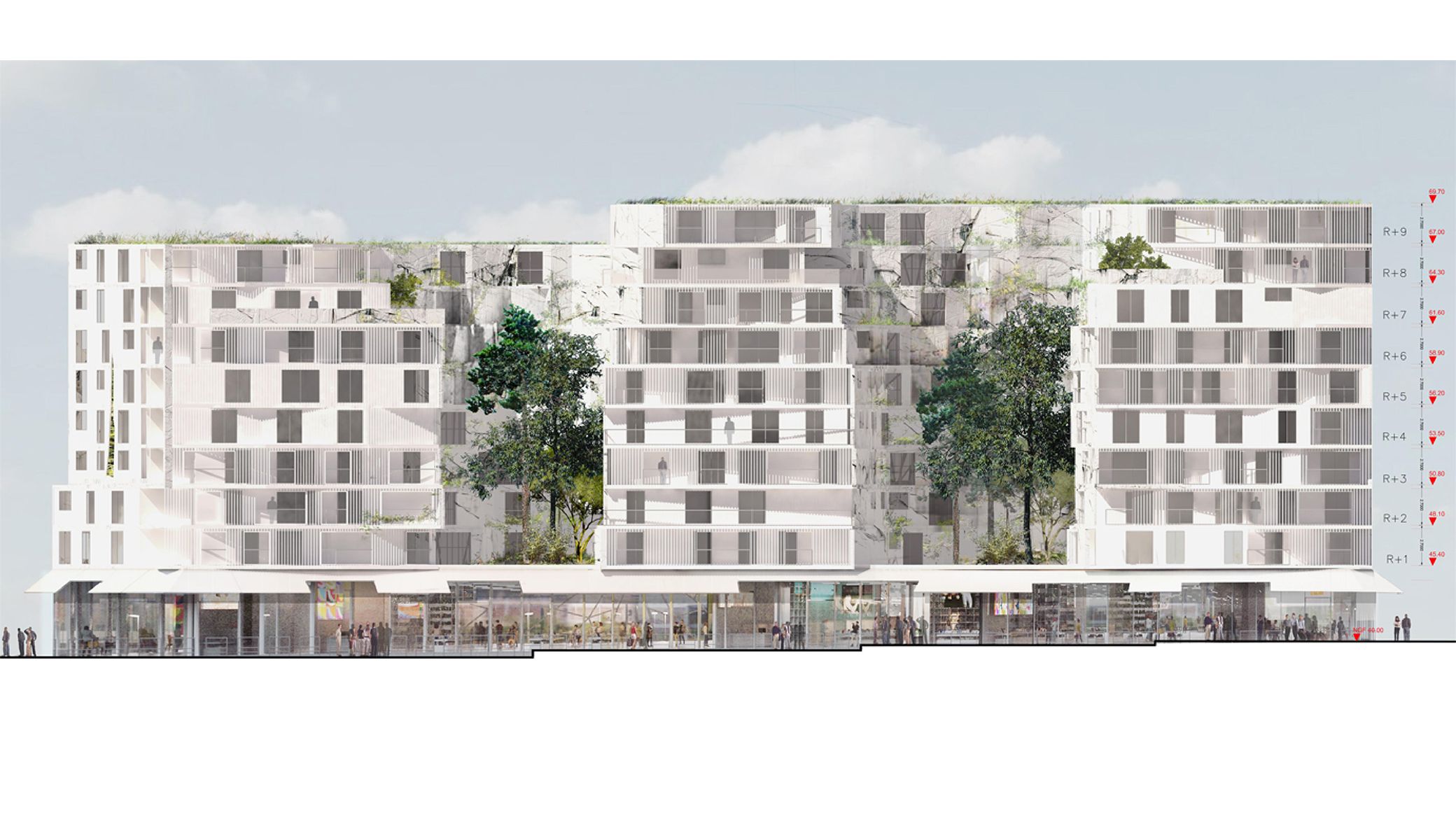 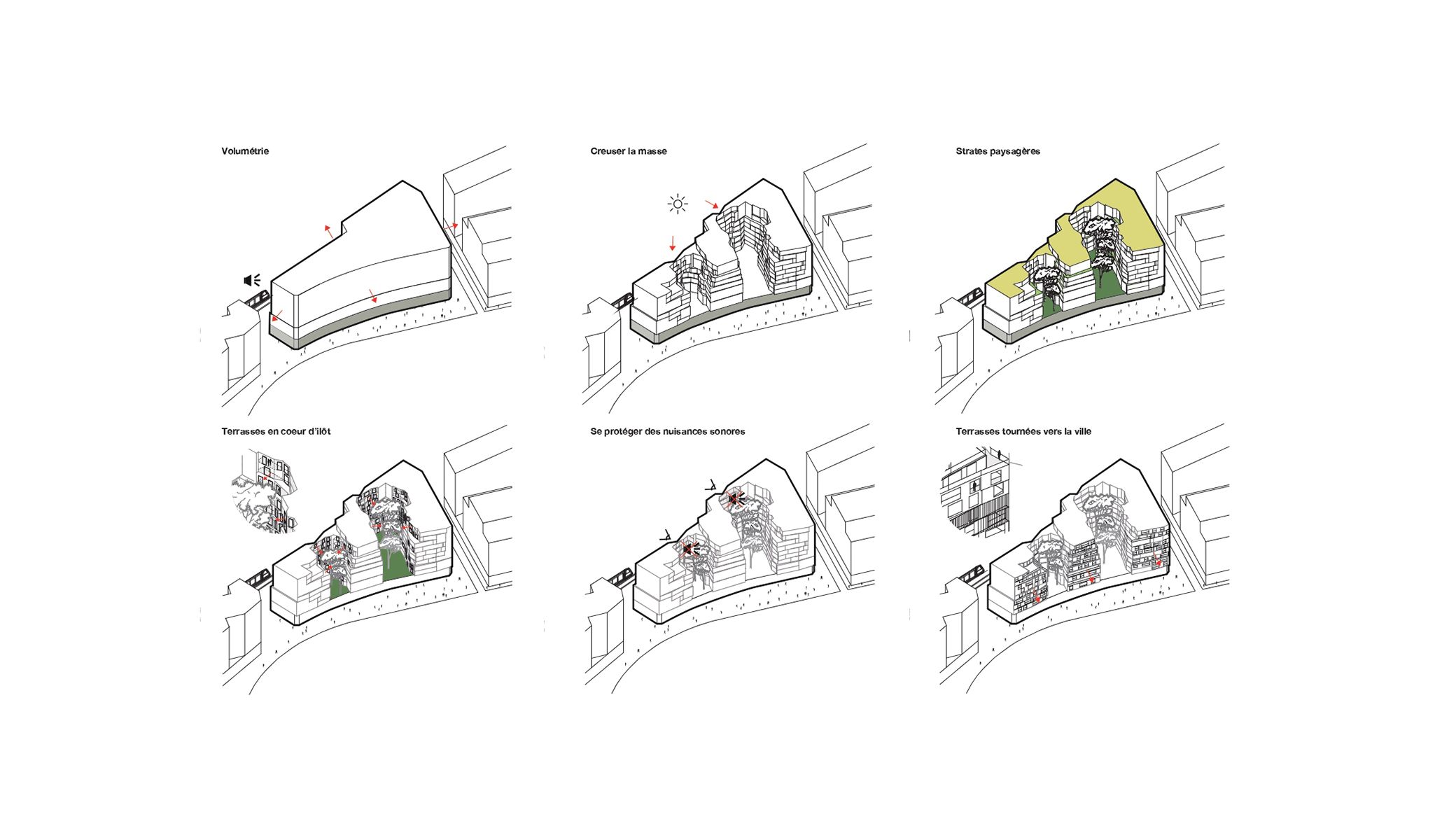 A morning glow illuminates this big white rock; highlighting its breaks, stroking its material. Nature has taken over the top, the lichen has slipped into the interstices of its flaws creating a vegetal universe in the heart of this mineral mass whose presence gives people the feeling of living in a real rock. This housing program is structured around two planted hearts, internal nature areas, detaching three separated volumes that are backed from the railway.

The «physical» barrier formed by the North facade protects the interior vegetal hearts from the noise, maintaining a clear view of the landscape and the Nanterre University through two large windows faults.

These 172 apartments are arranged as superposition of mineral monoliths, floating at the edge of the rails. Those monoliths are carried by a retail base which constitutes the base of the entire block. The project takes reference in the image blocks from the gypsy quarries of Cormeilles-en-Paris 7 km far from Paris.

The Rock represents a monolith dug, plucked and tamed; a space carved into the ground, open to the “Boulevard des Provinces  Françaises”. Combining architecture and nature as it would be in an abandoned quarry, wilderness enters into its heart and officiates as a filter plant, as a green lung.

As its name suggests, this “Coeur de Quartier” is a familiar universe. It reminds and superimposes domestic scales that we know: the great subjects of the forest of Fontainebleau, a generous nature, public and ostentatious, but also a secluded garden, secret and exclusive... The vegetal planted hearts are the lungs of the inhabited rock.