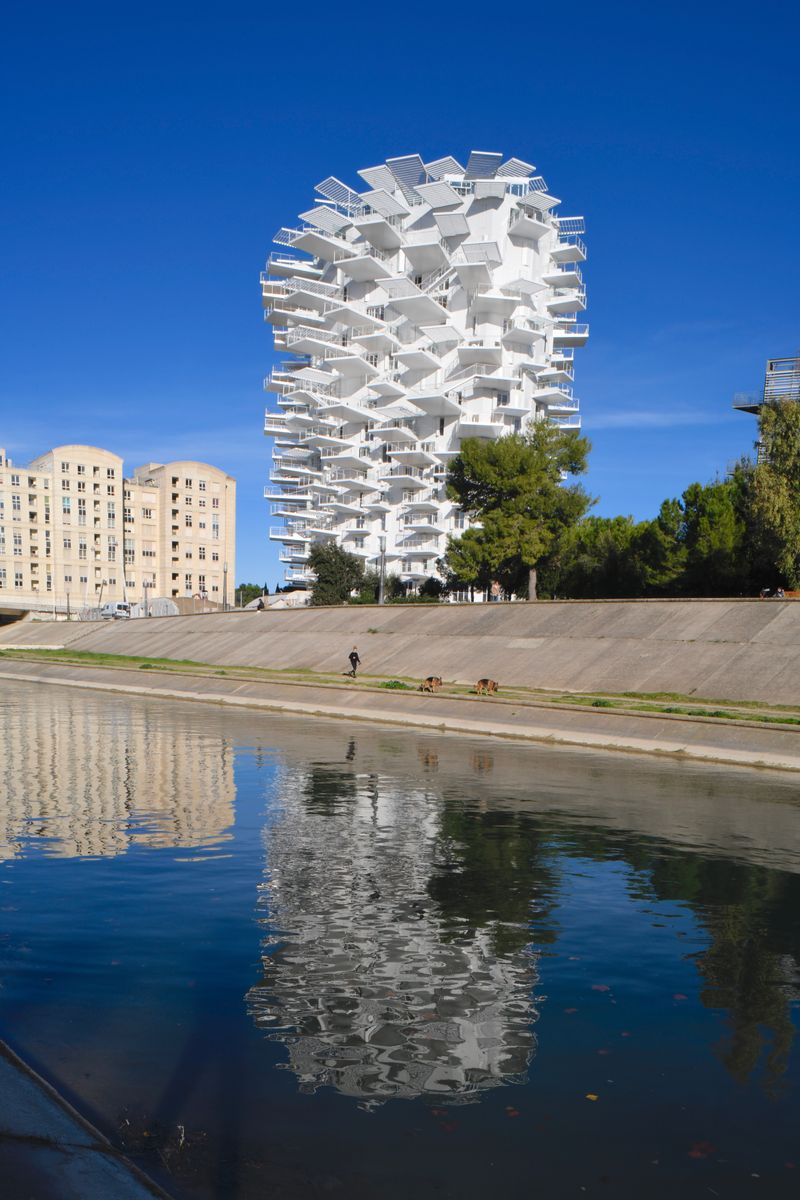 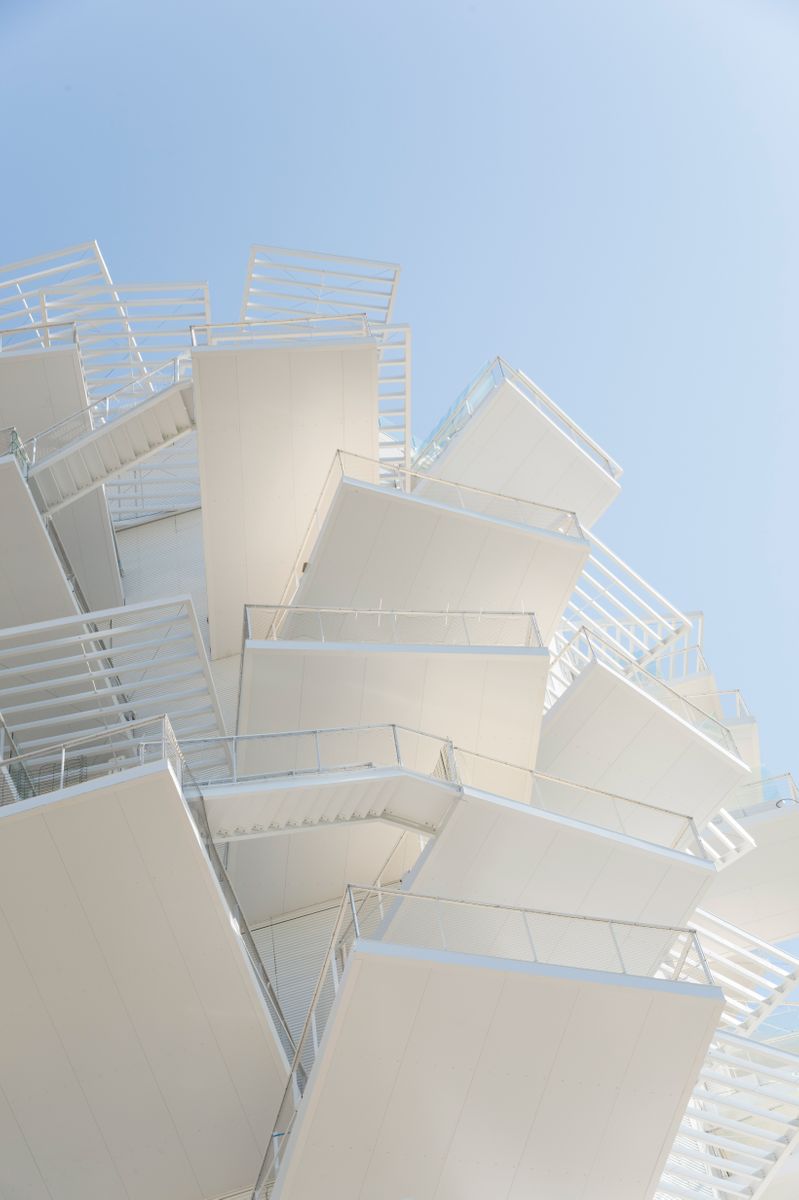 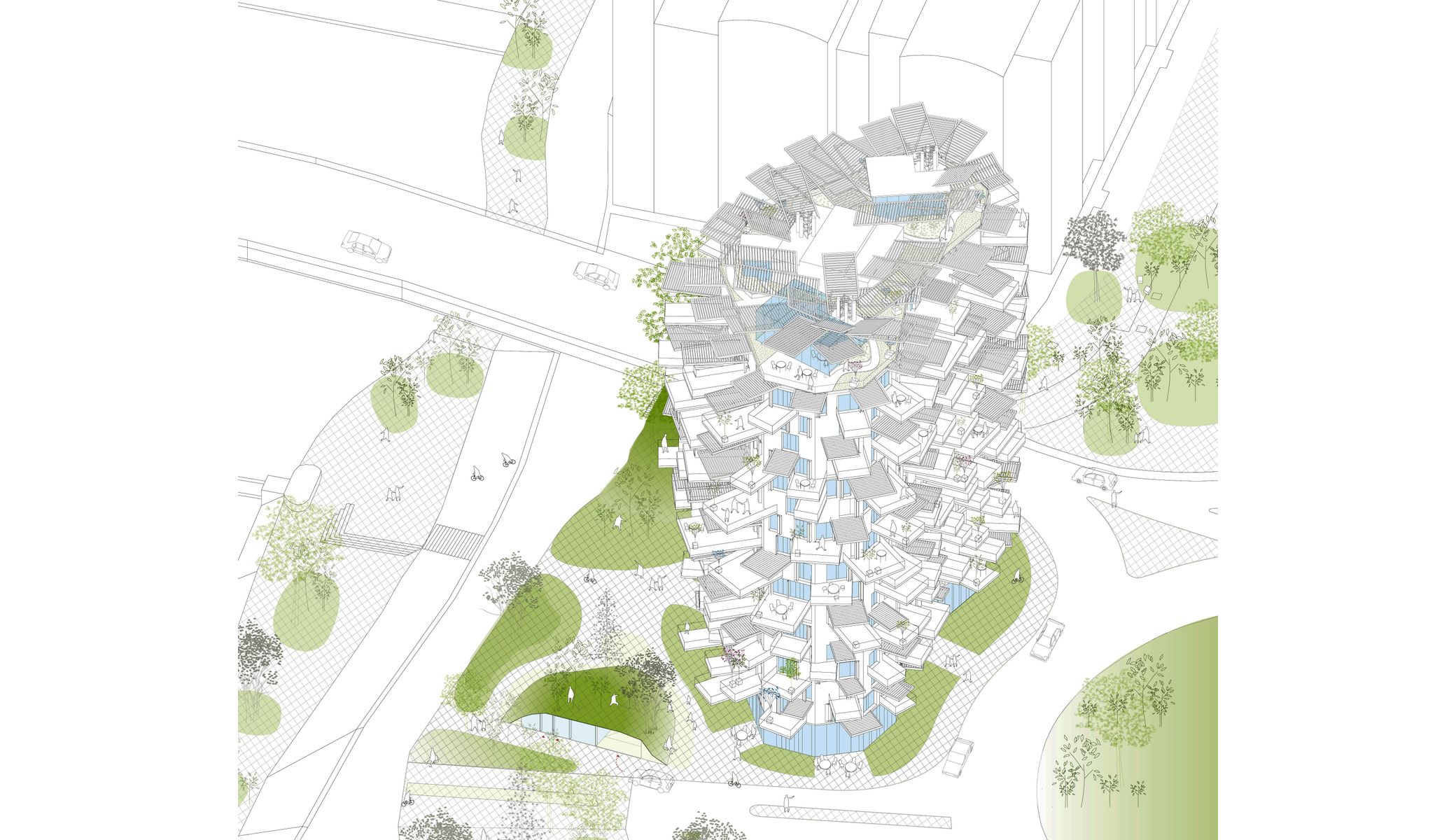 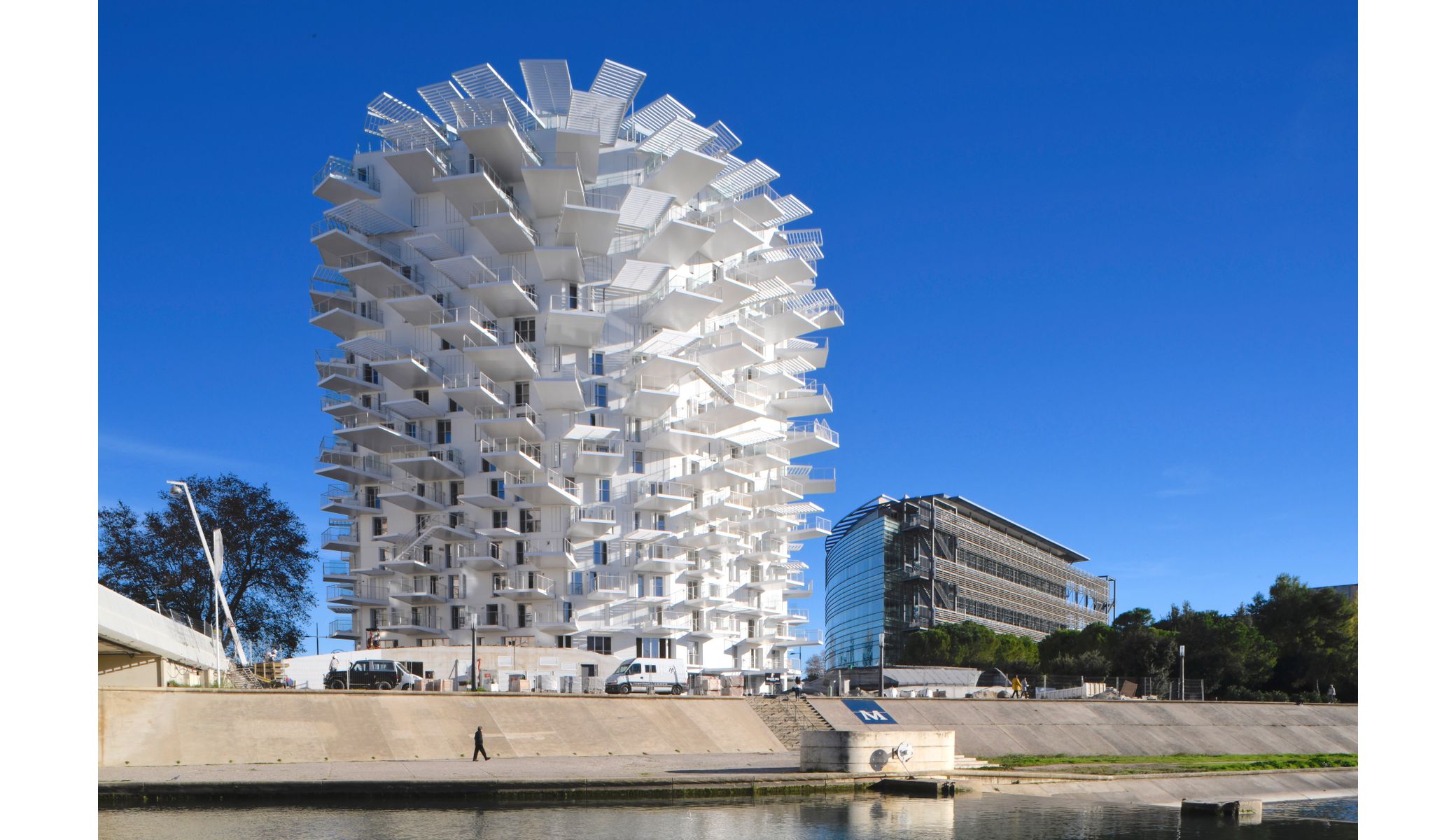 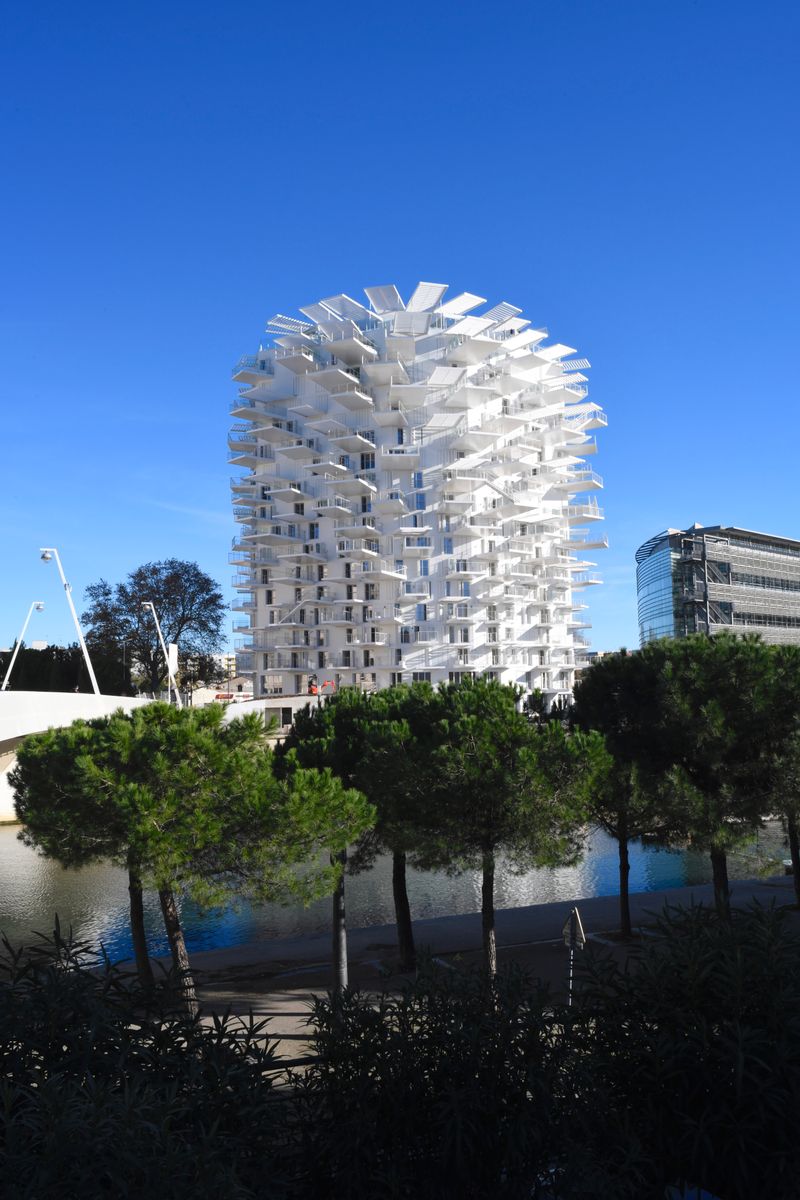 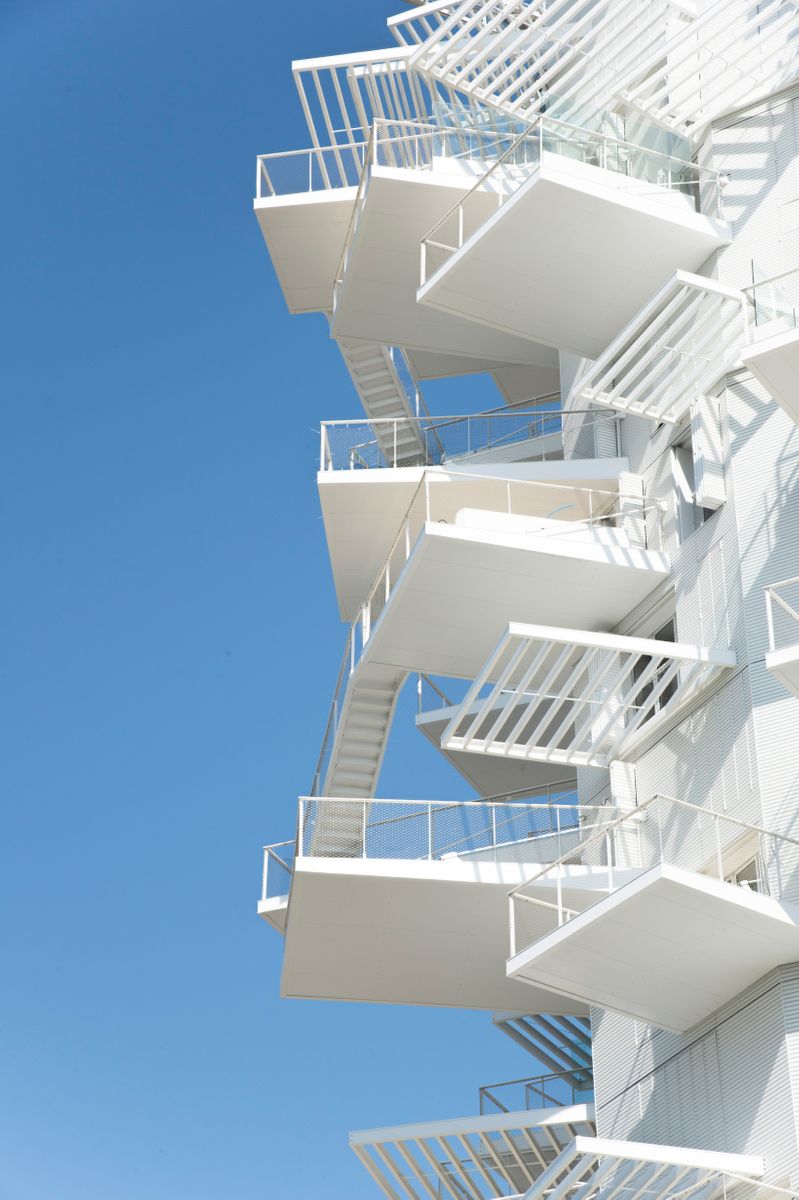 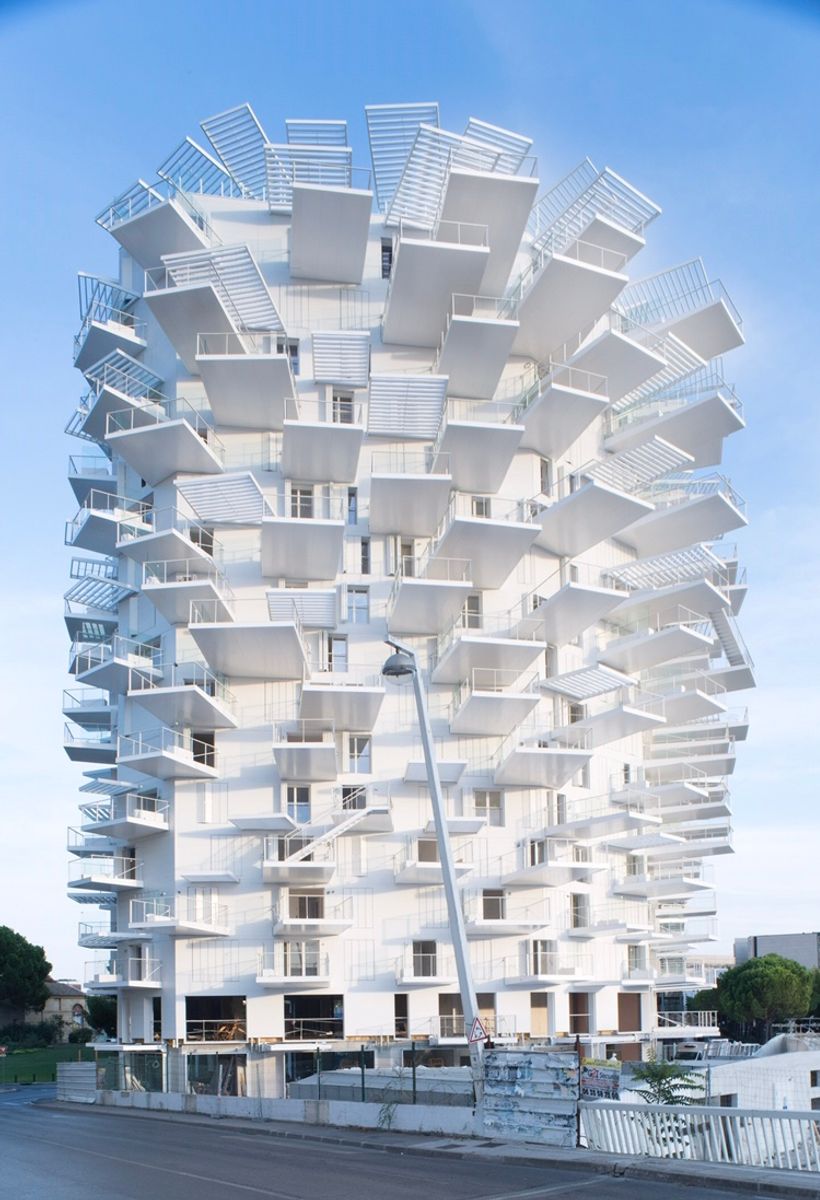 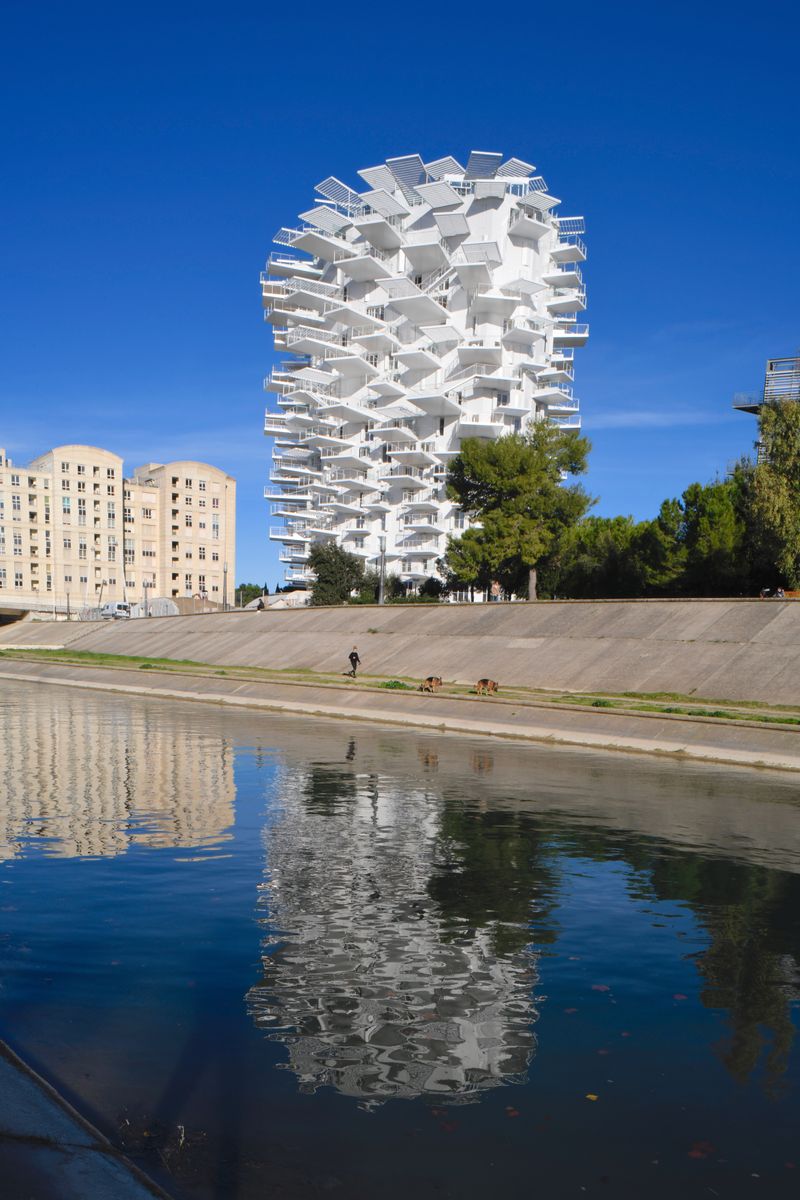 This “Folie Architecturale of the 21st century” was mainly the brainchild of an encounter between Japan and the Mediterranean. The cross-cultural endeavour  embodies modern Montpellier. It is also an interchange between two generations of architects, with Japanese firm Sou Fujimoto at the state of its art and  the young French generation represented by Manal Rachdi Oxo Architects and Nicolas Laisné Associés. Other firms were brought in to take part in this  one-of-a-kind venture: Montpellier developers Promeo Patrimoine and Evolis Promotion, local stakeholders who will ensure this iconic project will represent success for the entire region.

The new multipurpose tower called Arbre Blanc (white tree) is designed for housing, a restaurant, an art gallery, offices, a bar with a panoramic view and a  common area. From the project’s concept phase, the architects were heavily inspired by Montpellier’s tradition of outdoor living. The tower is strategically  located between the city centre and the newly developed districts of Port Marianne and Odysseum, midway between the «old» and the new Montpellier.  It is also situated at the crossroads of several thoroughfares: the Lez River, the motorway and the pedestrian/cycling path along the banks of the octroi de  Montpellier, or land grant. The project will kick off with a grand gesture to extend a landscaped park along the Lez and stretch out the length of Christophe  Colomb Place. The eastern face curves along the edge of the roundabout while the western side on the Lez is convex to create the widest panorama possible. The curvature serves two purposes because this part of the facade offers the best exposure and viewpoint but does not block the view for  neighbouring residences.The building was sited to meld with and defer to its surrounding environment, yet gives it just the right added flair. Arching like a pair of wings hugging the contours of the Lez River down to Pompignane Avenue, Arbre Blanc was intentioned as a natural form that was carved out or sculpted  over time by water or wind. It perfectly mimics a tree reshaping itself to grow into its environment yet simultaneously enhancing it by offering much-needed  shade.

Despite the name «white tree,» this is by no means an ivory tower. A beat integral to theurban song, the building is destined as a public high-rise built  for every soul in Montpellier.The edifice will extend its limbs to all the city’s residents and visitors, from the ground floor restaurant and art gallery to the  penthouse bar serving as vista point.