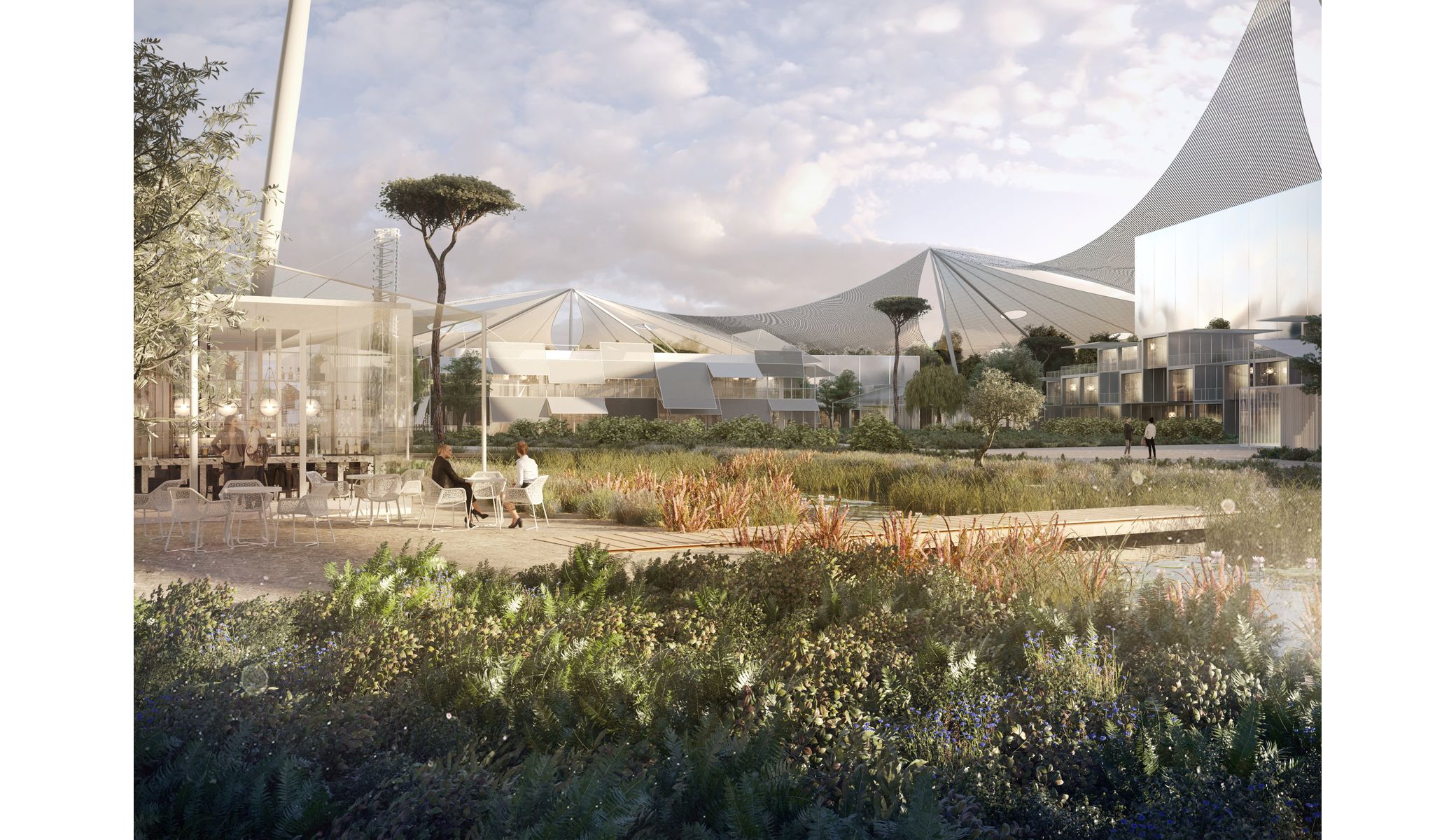 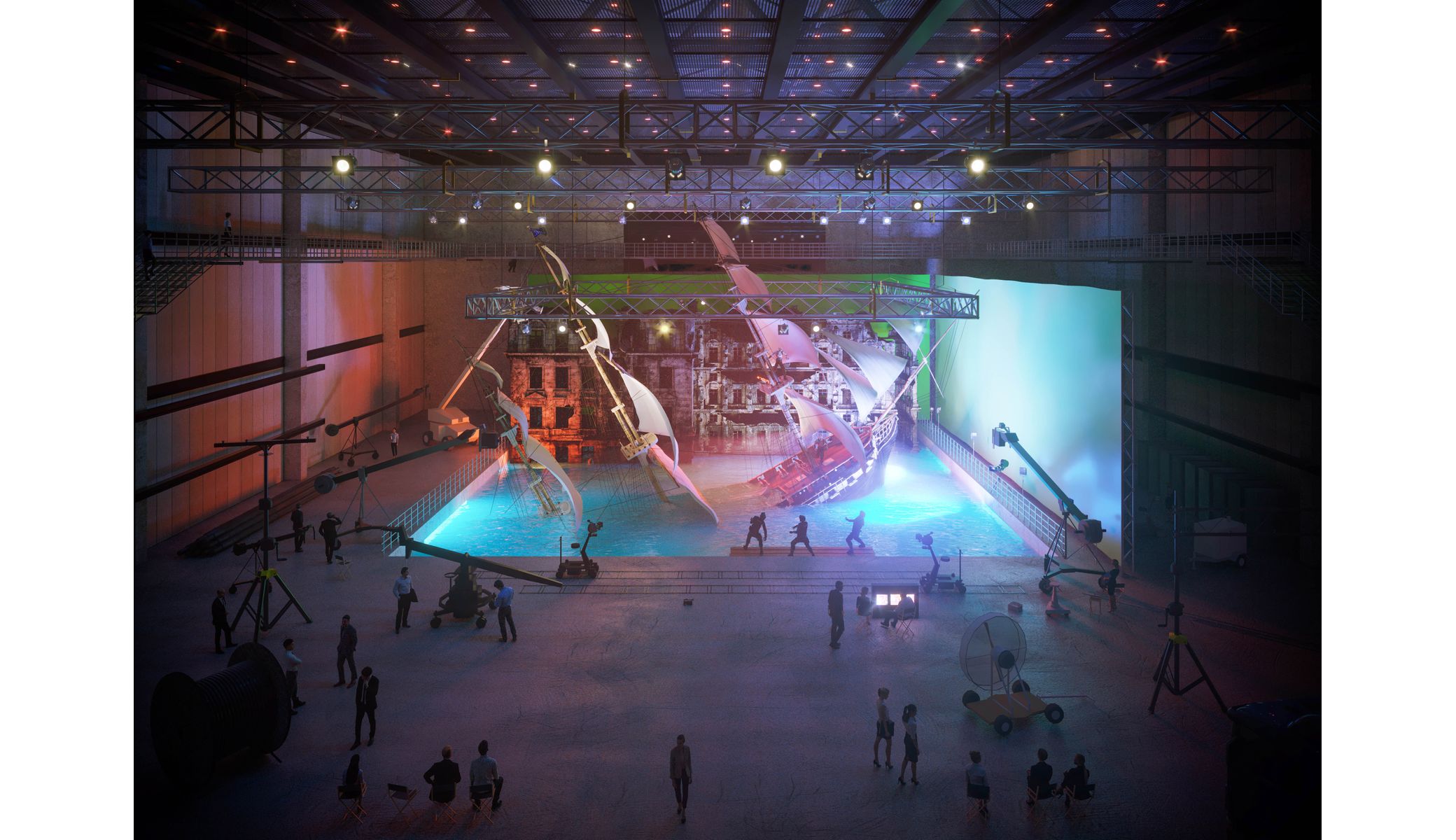 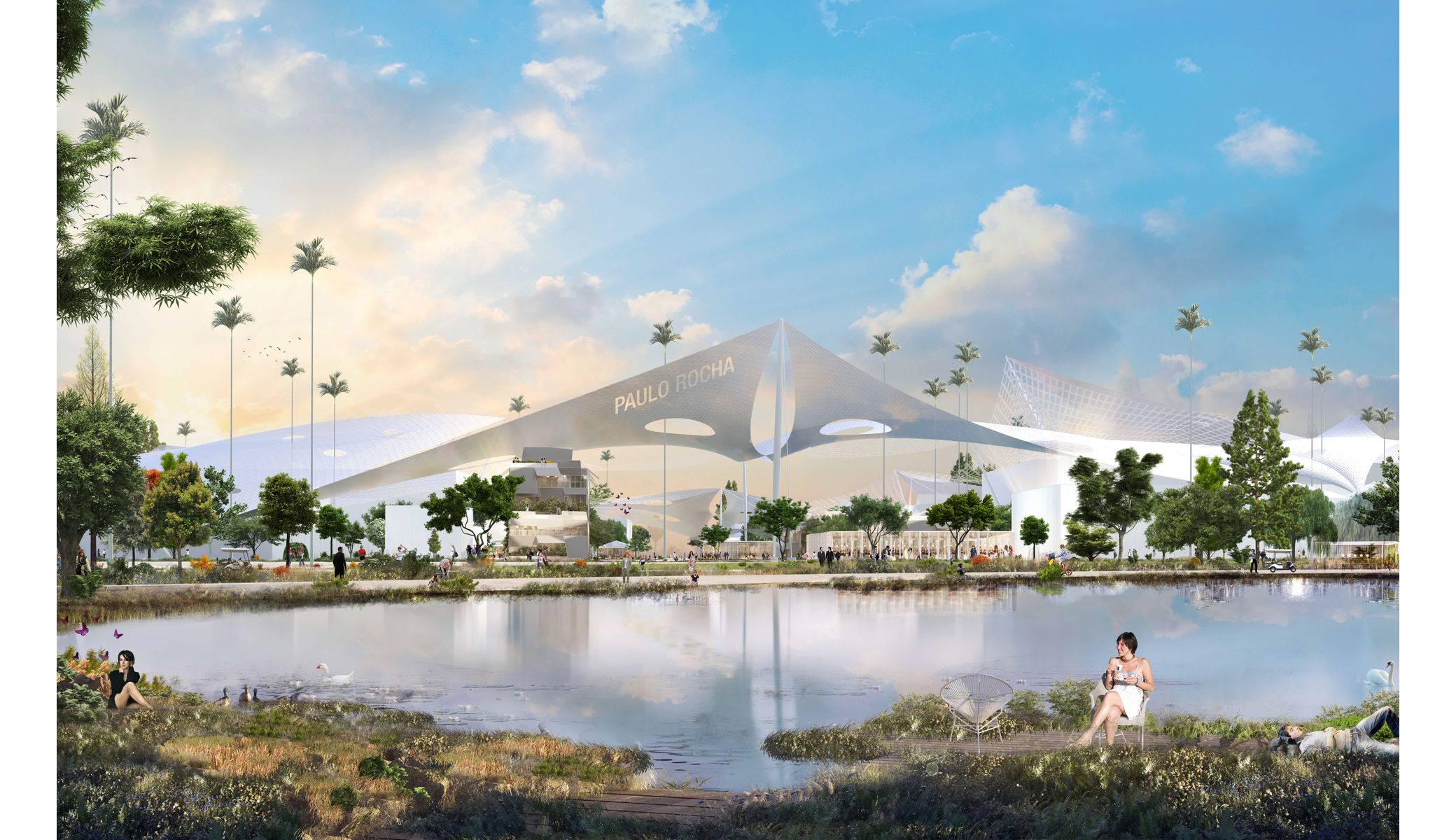 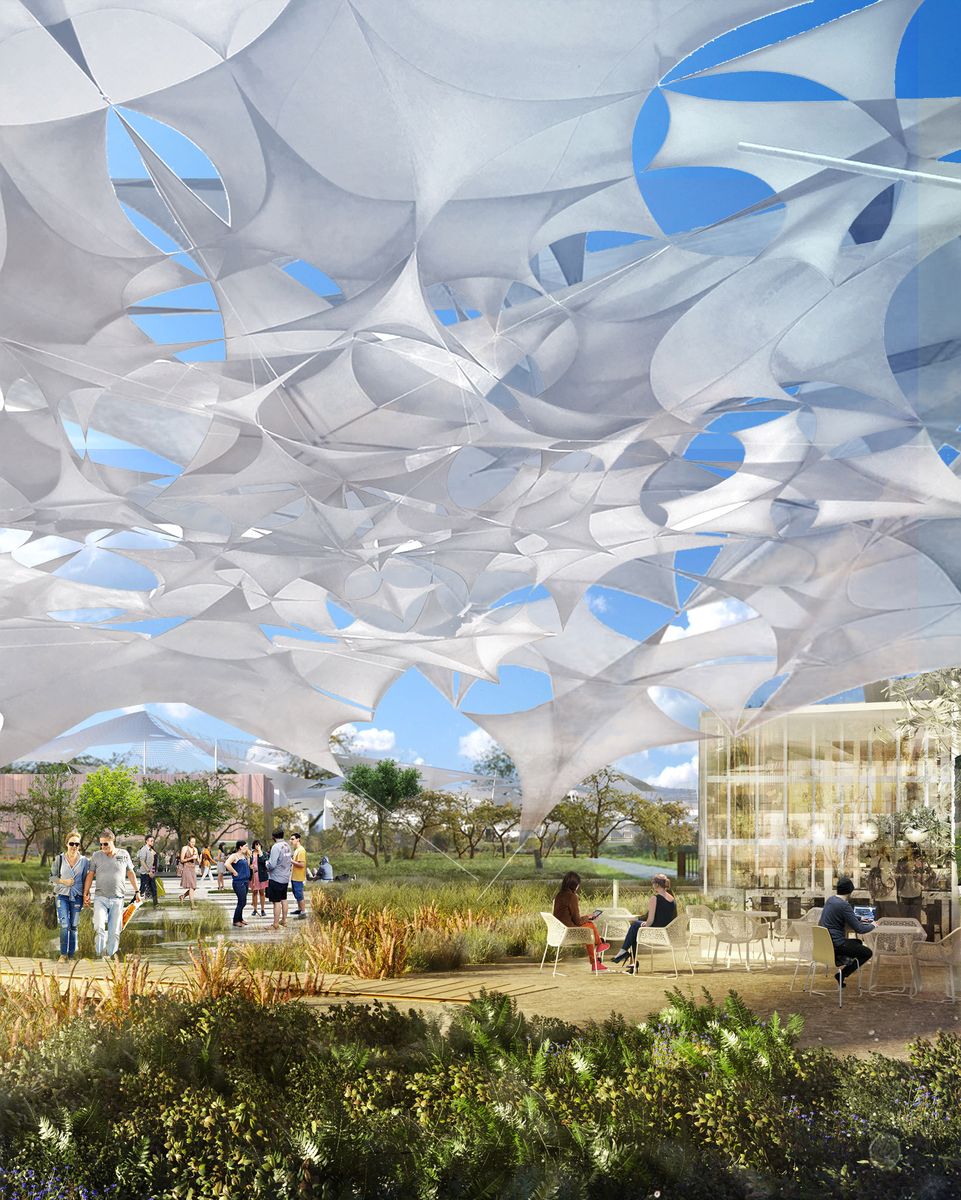 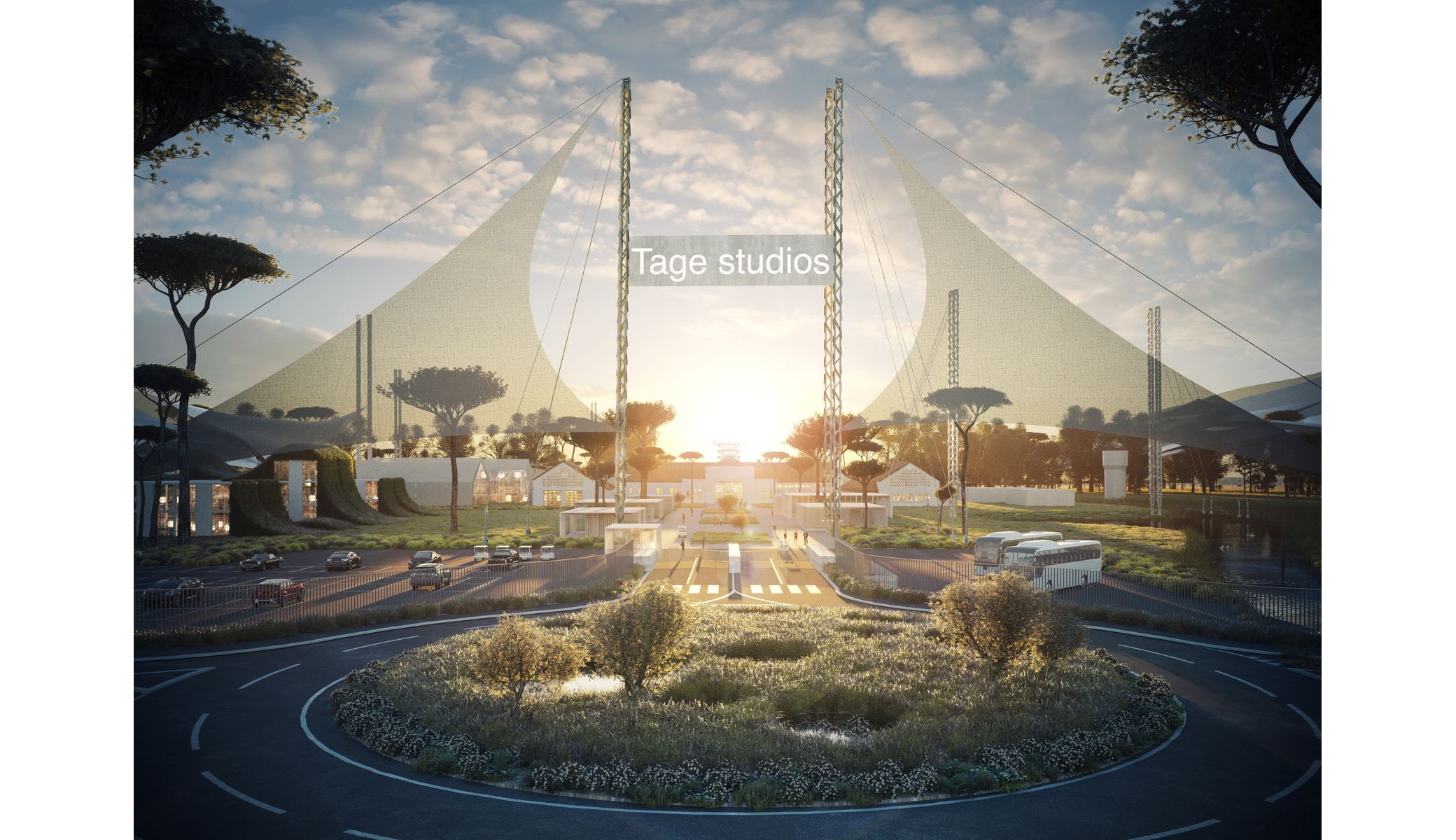 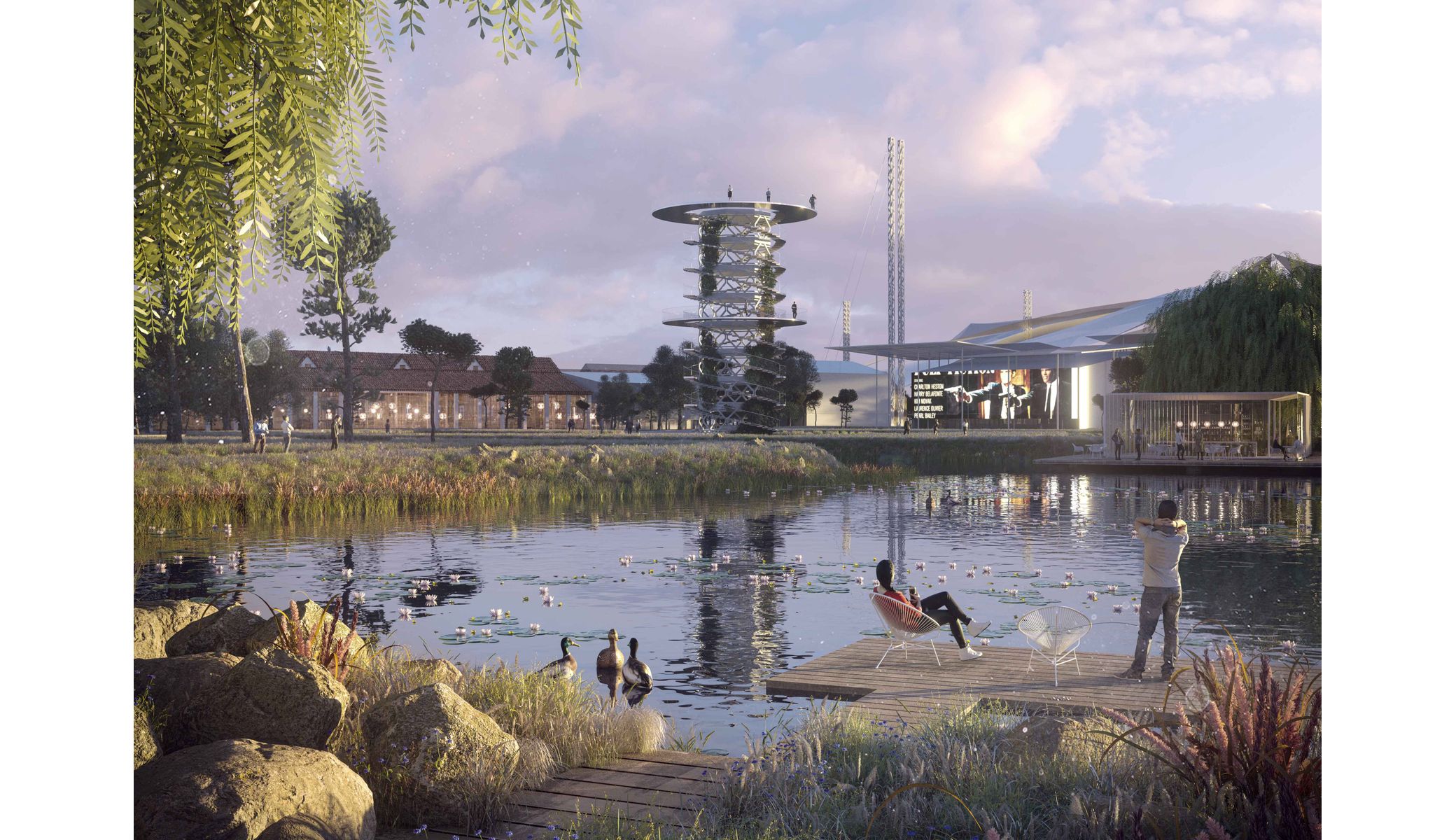 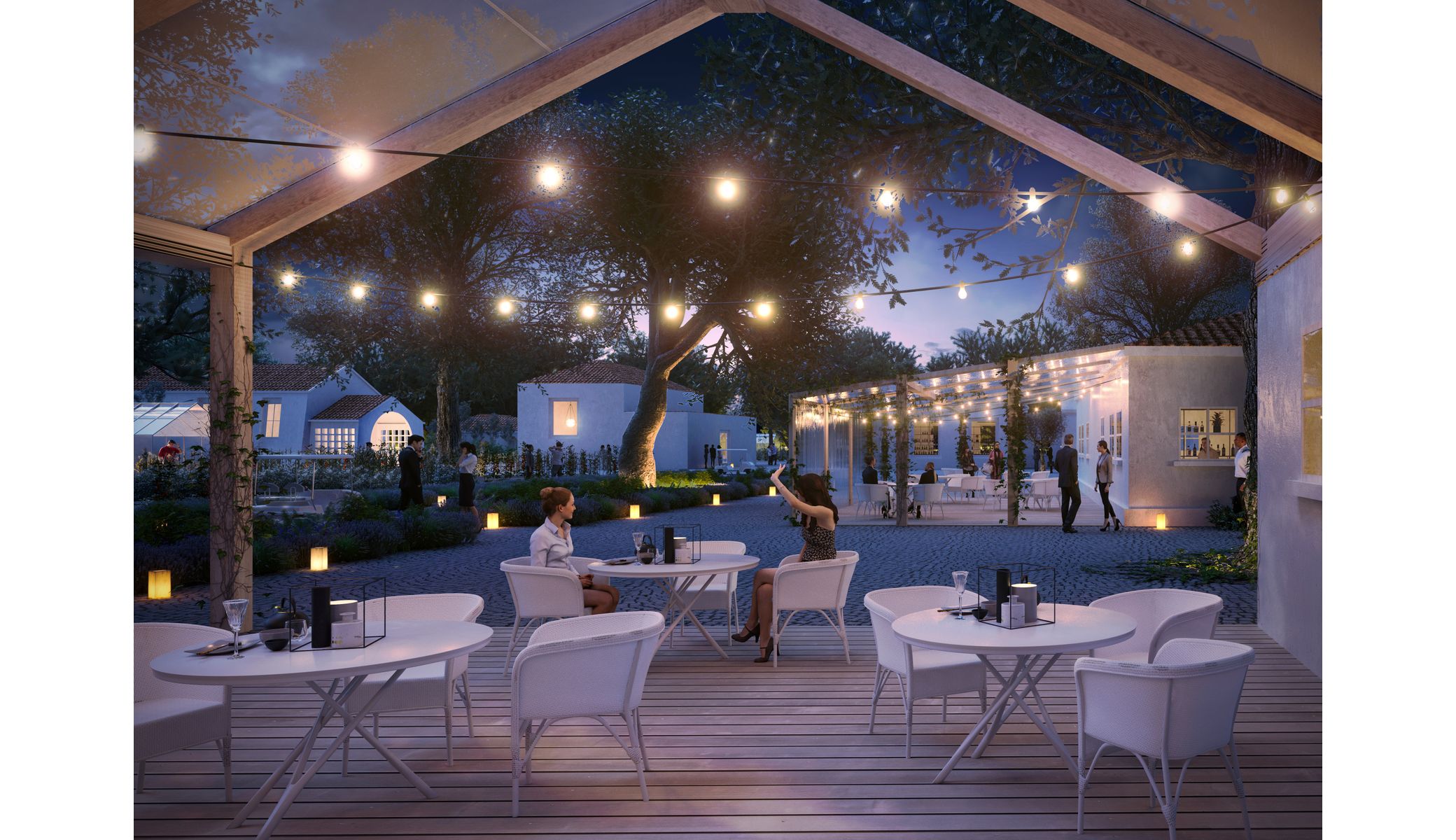 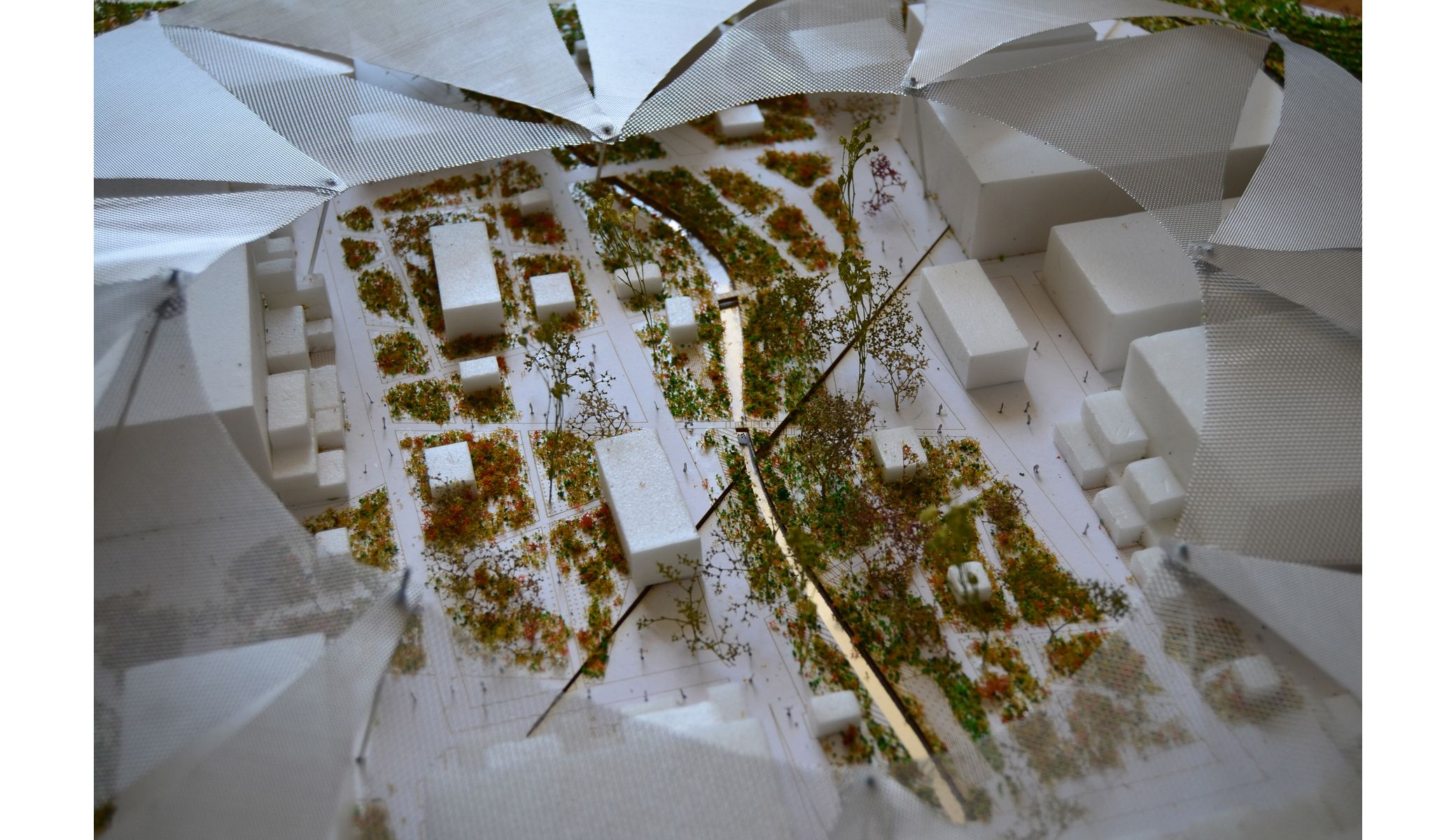 The film studios complex intends to be a symbol and a tool, not only in its future role in the international film industry, but  also through its qualities of an architecture symbolic of its environment.

The project is conceived to become the most important film studios in Europe, competitive with internationally recognized  production studios. The studios will become a representative figure on a national and international scale, not only in the field of production, but also for cultural and touristic purposes.

The primary intention of the project is to reinterpret the symbol of sails, representing the context in which the project is  inserted, to integrate it as a suspended landscape, linking the different buildings together.

A light and unique canopy covers the entire complex, creating a strong  connection between the different buildings and allowing protected outdoor spaces that can be used all year round. A network of scenes of different types and sizes spans across the site.

The iconic aspect of the structure, its character as well as its essence, change  the perception of the relatively flat site. Thus, the site acquires a new, dynamic dimension.

The aim is to create a new campus dedicated to cinema where nature and  landscape are at the heart of the project. It is conceived as a mini-city, compact, where each entity is active and linked to another. This organization is trended towards values related to sustainability, resilience, as well as a socioecological environment. Thus, an «open campus» is created, allowing a social dynamic where various activities are interconnected.

3 different strata coexist to generate a bioclimatic ecosystem: the floating  landscape, the buildings and the ground-landscape.