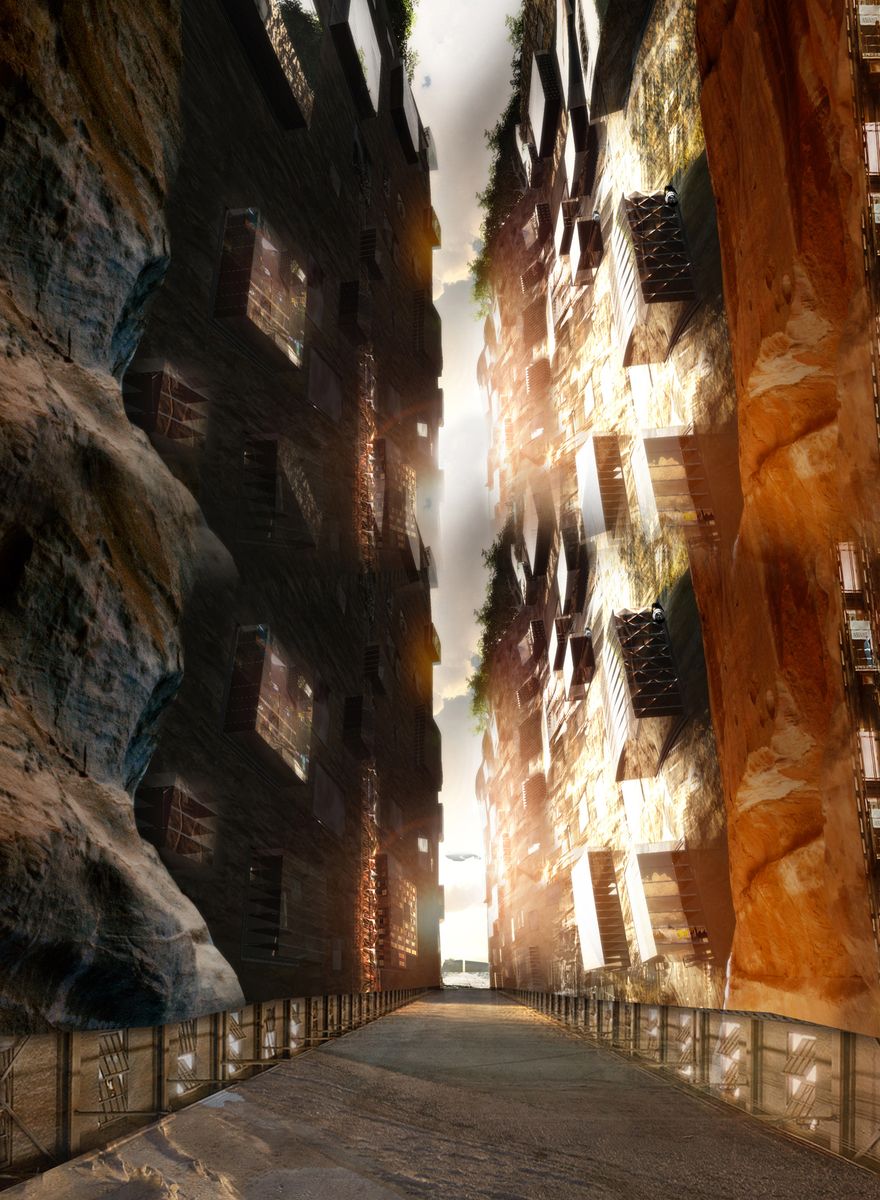 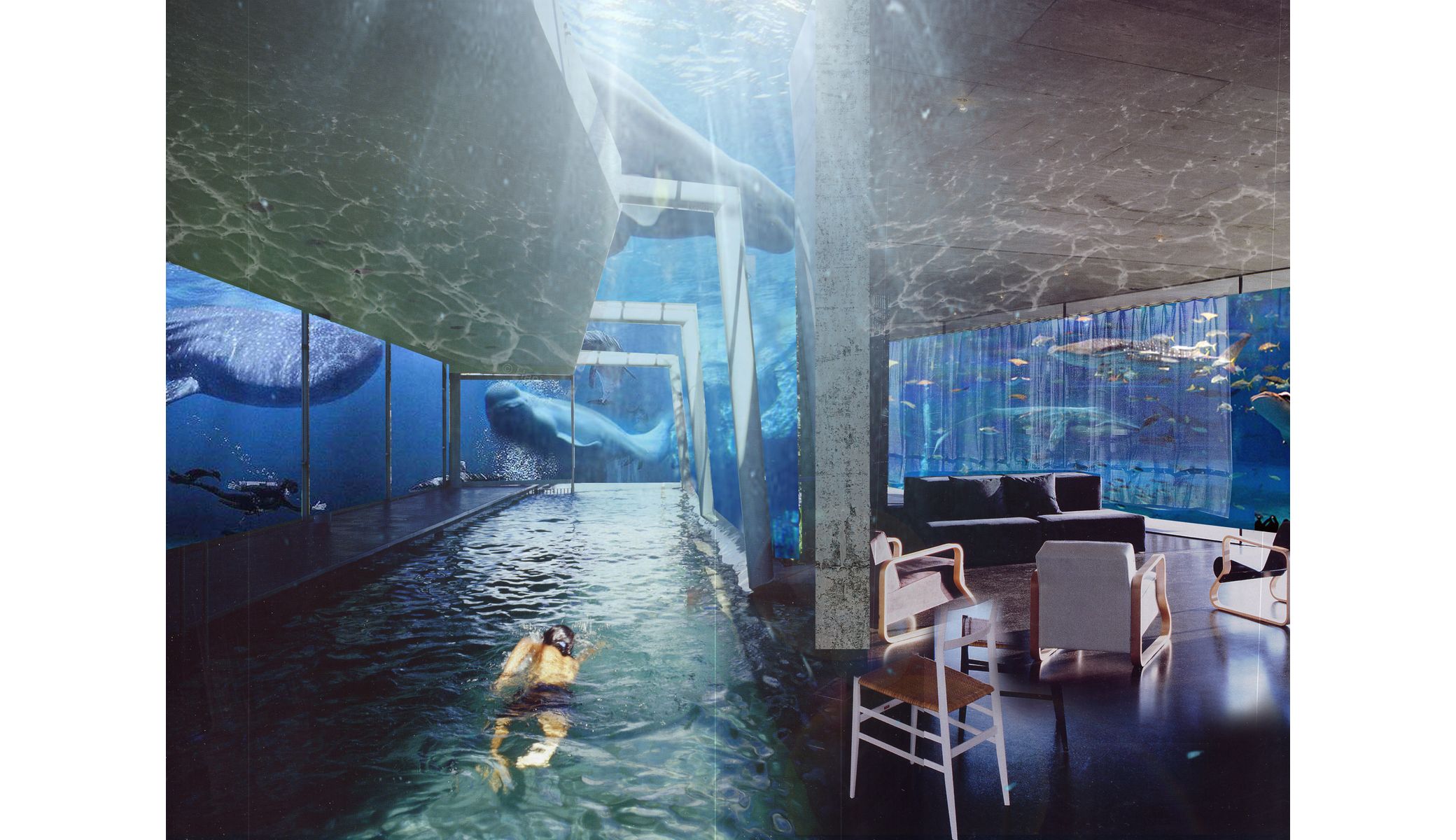 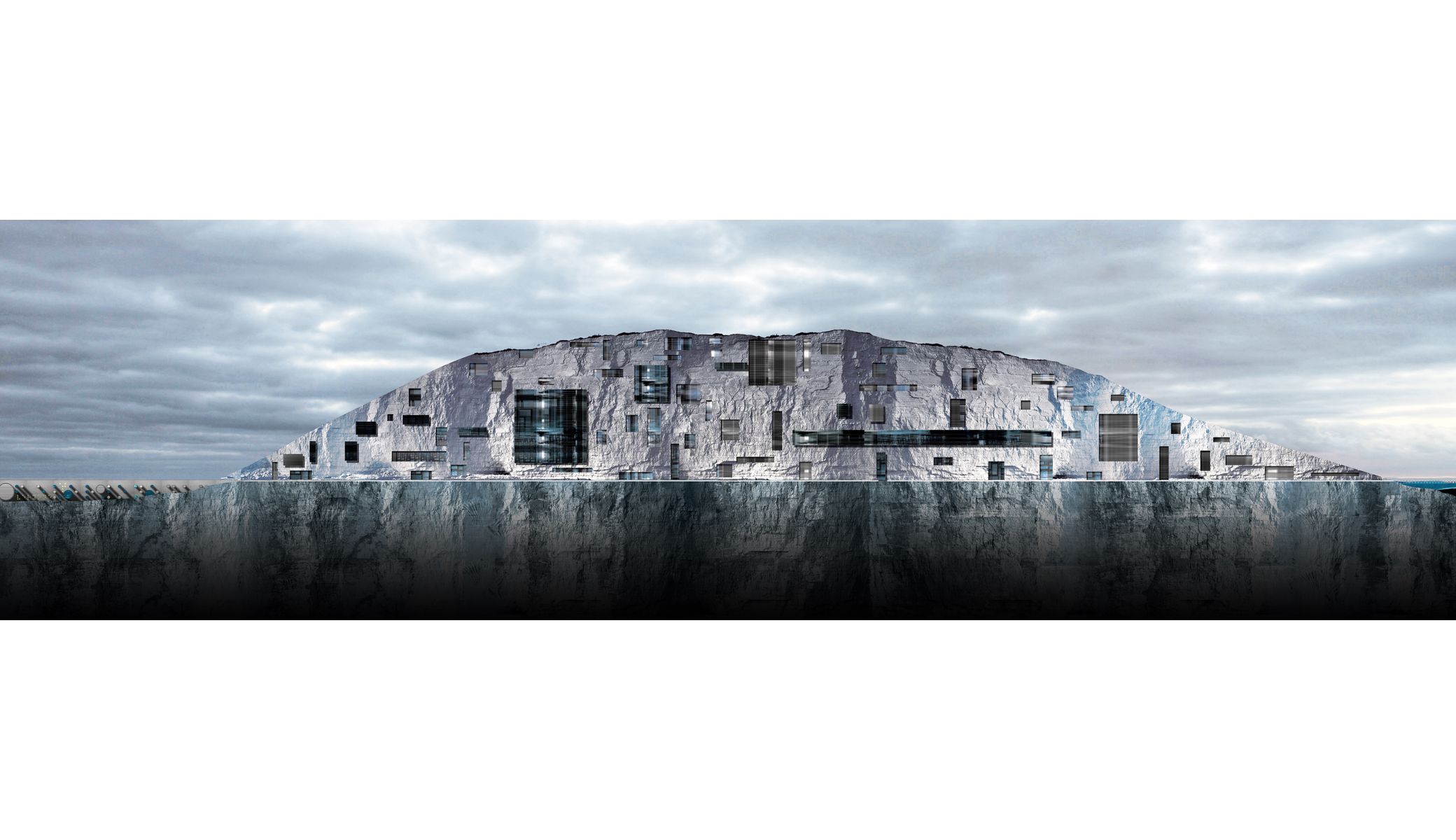 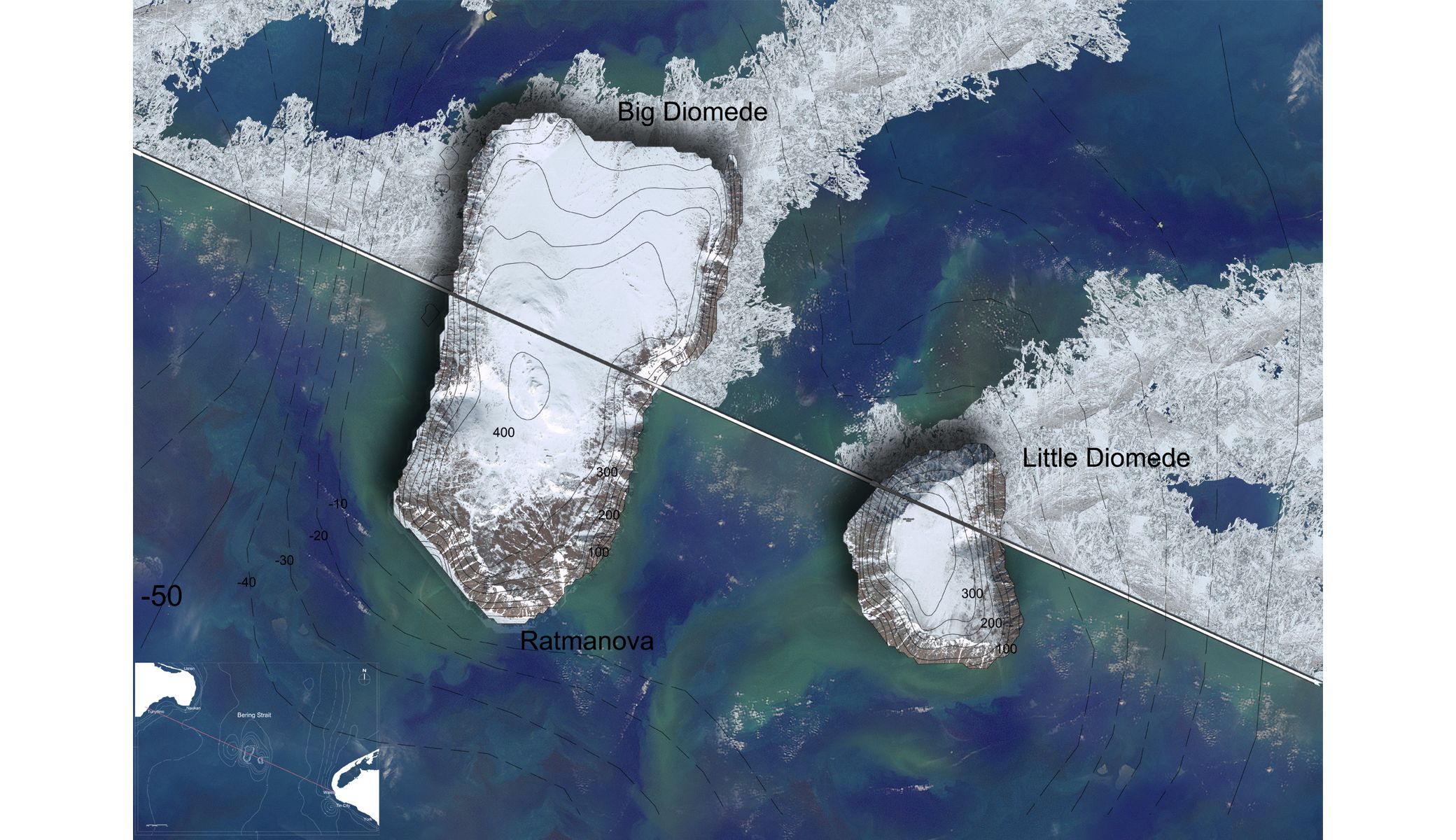 This project is not about constructing a simple bridge or a commercial road to link two countries. The context of the site, its location, its size and its geopolitics as much as the actual ecological consciousness justify the proposition of a project sensitive to its environment and think further than the request.

Because of its position, between two oceans, Pacific and Arctic, the Detroit of Bering has fragile climate caused by the melting of the ice caps. It is also a strategic place for the global warming. Providing a rare ecosystem, fragile and diversified.

Our proposal to link the two shores is a clear, radical, raw and unambiguous gesture. We could almost see in it a mystical inspiration in the image of Moses opening the Red Sea.
The project consists of opening a trench in the shallow waters of the strait and thus connecting the two shores by emerging from the original soil. Two structures are reinforced with multi-purpose struts, some allowing wildlife to pass, others using currents to generate energy. Finally, parts of the “building” receive housing, hotel or research lab.

The double wall is a few meters flush with the surface of the sea and thus allows it to be filtered, the flows of the boats are totally controlled, the energy of the waves stored.
In its radicalism, the structure cuts through the islands in its path and proposes to intall large equipment or housing there in order to make the most out of the inertia of the rock.
As for the Peace Monument, it is used as a connection between the two islands, a path of floating engraved with the names of those who fought for peace. The unstable and incessant ballet of the Pancakes Rocks re-enacts the jam and the debacle.